When the Going Gets Tough: 50 Quotes on Overcoming Failure 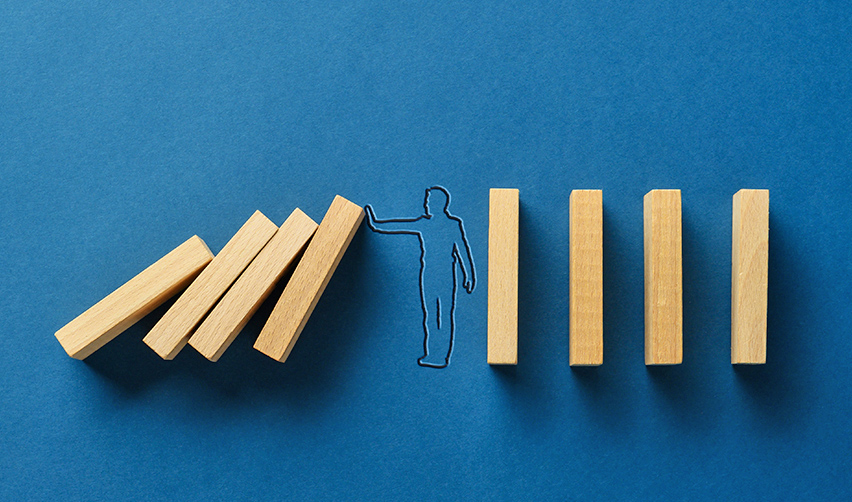 Starting your own business can be exciting, fun, and challenging. In fact, it should be all those things! Yet even the most successful entrepreneurs in the world have dealt with setbacks and failures. Here are their words of wisdom based on what they learned. Let these quotes inspire you when you feel like giving up, or when the way ahead isn’t quite as clear as when you first started.

2. “Fail often so you can succeed sooner.” – Tom Kelley, founder of Ideo

4. “If things are not failing, you are not innovating enough.” – Elon Musk

5. “Success is stumbling from failure to failure with no loss of enthusiasm.” – Winston Churchill

6. “Have no fear of perfection. You’ll never reach it.” – Salvador Dali

7. “So the pie isn’t perfect? Cut it into wedges, stay in control, and never panic.” – Martha Stewart

8. “Don’t worry about failure; you only have to be right once.” – Drew Houston, Co-Founder and CEO of Dropbox

9. “I think the best companies are those that can recognize when something isn’t going right, and fix it, instead of just turning a blind eye because it’s easier.” – Ben Lerer, CEO of Thrillist Media Group

10. “I always feel that failure is nothing more than life’s way of nudging you and letting you know you’re off course.” – Sarah Blakely, Founder and President of Spanx

11. It’s failure that gives you the proper perspective on success.” – Ellen Degeneres

13. “It’s fine to celebrate success, but it is more important to heed the lessons of failure.” – Bill Gates

14. “To win without risk is to triumph without glory.” – Pierre Corneille, 17th century French dramatist

15. “My best successes came on the heels of failure.” – Barbara Corcoran

16. “There is only one success – to be able to spend your life in your own way.” – Christopher Morley, American journalist

17. “What is not started will never get finished.” – Johann Wolfgang von Goethe

19. “Failure is only the end if you decide to stop.” – Sir Richard Branson

20. “When times are bad is when the real entrepreneurs emerge.” – Robert Kiyosaki, Found of Cashflow Technologies, Inc.

21. “Chase the vision, not the money: the money will end up following you.” – Tony Hsieh, CEO of Zappos

22. “Turn a perceived risk into an asset.” – Aaron Patzer, Founder of Mint

23. “All humans are entrepreneurs, not because they should start companies, but because the will to create is encoded in human DNA.” – Reid Hoffman, Co-Founder of LinkedIn

24. “I knew that if I failed, I wouldn’t regret that, but I knew the one thing I might regret is not trying.” – Jeff Bezos

25. “You don’t learn to walk by following rules. You learn by doing and falling over.” – Sir Richard Branson

28. “The important thing is not being afraid to take a chance. Remember, the greatest failure is not to try. Once you find something you love to do, be the best at doing it.” – Debbi Fields, Founder of Mrs. Fields Cookies

29. “If you’re passionate about something and you work hard, then I think you will be successful.” – Pierre Omidyar, Founder and Chairman of eBay

30. “The most valuable thing you can make is a mistake – you can’t learn anything from being perfect.” – Adam Osborne, British-American software publisher and entrepreneur

33. “I had to learn that my greatest failure could be not aiming high enough, or not trying in the first place.” – Joanne Lang, CEO of Aboutone.com

34. “Failure is not the opposite of success. It is the stepping-stone to success.” – Arianna Huffington

35. “The line between failure and success is so fine, that we are often on the line and do not know it.” – Elbert Hubbard, American philosopher

36. “Even if you fail at your ambitious thing, it’s very hard to fail completely.” – Larry Page

37. “There is just one thing that makes your dream become impossible: the fear of failure.” – Paulo Coelho, Brazilian author

38. “Sometimes life hits you on the head with a brick. Don’t lose faith.” – Steve Jobs

39. “Face failure head-on, don’t be afraid of it, and people will support and welcome you even more.” – Sir Richard Branson

42. “Your most unhappy customers are your greatest source of learning.” – Bill Gates

43. “The only real mistake is the one from which we learn nothing.” – Henry Ford

44. “How you climb a mountain is more important than reaching the top.” – Yvon Chouinard, Founder of Patagonia

45. “When life sucks you under, you can kick against the bottom, find the surface, and breathe again.” – Sheryl Sandberg

46. “You don’t have to hold yourself hostage to who you used to be.” – Oprah Winfrey

47. “Sometimes people let the same problem make them miserable for years when they could just say, ‘So what?’ That’s one of my favorite things to say. So what?” – Andy Warhol

49. “There will be lots of downs. Do your best to fight tooth and nail to survive. And if you don’t survive, if you have worked damn hard, don’t get down about it. There’s a lot of successful entrepreneurs who have picked themselves up and started again.” – Sir Richard Branson

50. “In a world that is changing really quickly, the only strategy that is guaranteed to fail is not taking risks.” – Mark Zuckerberg

See? Everyone fails at something, some time. Everyone. The best thing you can do for yourself and your business is to prepare as best you can, take a leap of faith, and when you get knocked down? Don’t stay down! 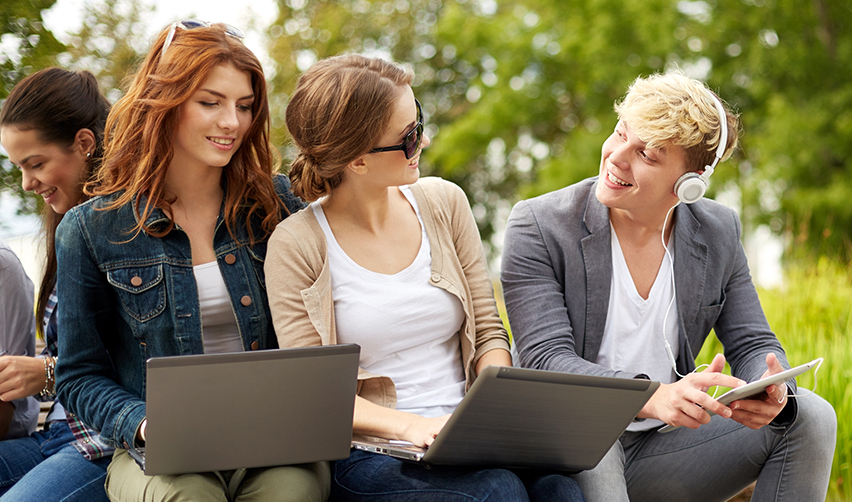 If you’re a college-bound young entrepreneur, what better way to prepare for life after high school than with a summer program on a college campus? Many colleges offer summer programs that can give you:  Real-world experience  On-campus college experience (dorm life!)  Networking  Finding mentors  Meeting like-minded young entrepreneurs from around the country  Expert guidance and …

7 Tips to Manage Stress for Teens

For a lot of us, it feels like massive amounts of stress are simply a fact of life these days. If you’re feeling more stress, anxiety, and general overwhelmed-ness lately, you’re not alone: as of spring 2022, a majority of Americans feel completely stressed out. Why? Take your pick: World events The pandemic Money Cost …

7 Tips to Manage Stress for Teens »